My parents were over today for dinner, just a stop on their way home. They are not often in the neighborhood, but they were coming from the Flagstaff area, and it was such a treat for us--especially the kids! My dad was showing me where they had been on Google Earth, and I had a little fun looking up my old hangouts. So I thought I'd post a few aerial photos of where I've lived.

Beginnings. This house in beautiful, lush Auburn, WA was my home from the age of 12-18. Many great memories were made on this 6 acre spot: YW camp-out, middle school video projects, rope swinging over the drop-off, trudging through the streams, hauling wood, digging ditches...okay so those last memories weren't quite so great! But boy, did they build character! 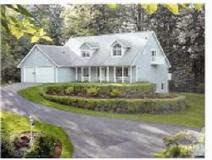 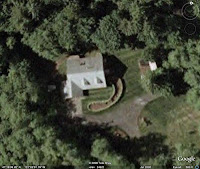 Apartment Life. This is a peek at Chad's and my first home together in Las Vegas in The Breakers apartments, from December 2001 to March 2004. Our building was in the middle of that cluster just east of the pool. That was the tiny 1 bedroom apartments where we started our lives together, where I studied for Nursing school, and finally graduated, and where we met our best friends, Rob and Jaime. Those were simpler times! 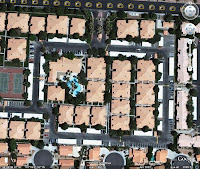 Home-owners. Our very first home purchase was made possible by the fact that Chad and I had decent jobs, and we found a conservative house before prices sky-rocketed in 2004. We bought this cute little 'cluster-home' in North Las Vegas while it was still being built, and lived the good life in a brand-new home that was under warranty! 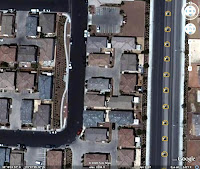 Middle of nowhere. What is this a picture of? It's my parents' place near Redington, AZ, which actually isn't a real town, just a place on a dirt road. But my parents let me live there from September 2005 to April 2006, while Chad was in the police academy and while I was pregnant with Bree. Their house was undergoing major renovations at the time, which made for an interesting experience (mice in the Christmas tree, midnight snack trips to the freezing kitchen/porch), but I am so grateful to them for letting me stay! 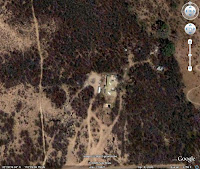 Settled. We moved into our current house in Globe two weeks after Bree was born in April 2006. Chad has a great job as a highway patrol officer, and I spend my days being a mom and a homemaker. The house was a little bit of a fixer-upper, which is still a work in progress (and probably will be for as long as we live here!), but for the first time in my adult life I feel settled. I'm not always wondering about where we're going next, or what the next step is. It feels like home, and I like that feeling. 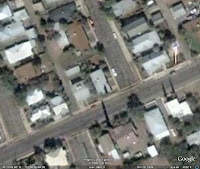 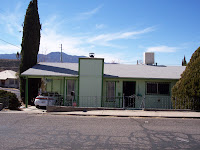 Unfortunately I have no picture for these--they were way to yummy to pause for photos! I was so pleasantly surprised that the caramel stayed soft and delicious inside. Amy let me come over to her packed up/building-material-filled home for cookie day, which was great because I was greatly in need of some girl/chocolate time!

Directions:
1. Beat butter until creamy.
2. Gradually beat in white sugar and brown sugar.
3. Beat in eggs and vanilla.
4. Combine flour, baking soda, salt and cocoa.
5. Gradually add to butter mixture, beating well.
6. Using about a 1-inch ball of dough, press dough around a Rolo, being careful to cover it completely, especially the bottom so the caramel won't run out.
7. Place 2-inches apart on a greased cookie sheet.
8. Bake for 8 minutes in preheated 375°.
9. Let cool for 3-4 minutes before removing from baking sheet or caramel will run out the bottom of cookie.
Posted by Megs at 3:19 PM 2 comments: 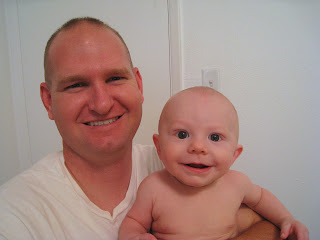 Since Chad is a pro at cutting his own hair with the electric clippers, he decided it was time for Mason to be introduced to the buzz cut. I helped hold him, since we were afraid Mason would freak out having that vibrating razor on his head, but he did fine. It looks like Mason's going blonde just like Bree. His hair has definitely lightened! 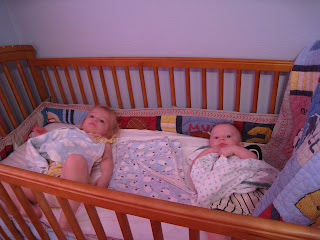 Three nights ago, Mason graduated to the big crib in Bree's room, which they will be sharing from now on (not the crib, just the room! Bree has her own toddler bed). I was worried that Mason would wake Bree up early in the mornings when he wakes up to eat (he's been sleeping 'til 5 or 6, which is awesome). But what I didn't expect was, not only would Mason not wake Bree up, but that Mason would actually sleep longer in his new bedroom! He slept until 7:30 the first night, and 8:30 the next two! I am ecstatic and can only pray that this pattern will continue. This is big news for exhausted parents (ok, well, Chad never actually gets up that early--he works late so he sleeps late).

Six months old really agrees with Mason. He sleeps through the night, and can sit up on his own without falling over (he enjoys playing with his toys so much more in that position). The only wierd thing is that he absolutely detests shoes. He rarely wears them except on Sundays. This last Sunday he was getting fussy, so I took him out of Sacrament meeting. None of the usual things were working to sooth him, and he's usually such a good baby. I finally just ended up in the mothers' room (which is actually the 'foyer' to the women's bathroom, ugh) rocking in the chair with him screaming on my lap. I was set on taking him home after Sacrament because something must have been really wrong with him. Then after 15 minutes I took his shoes off because I was tired of him kicking me, and within 2 minutes he was asleep! The same thing happened to Chad last night (of course, he should have known that laying Mason down for his nap wearing his shoes would not be a great idea!). So, unfortunately, we might not get to see Mason in his adorable shoe collection (adopted from his cousins Shea and Nathan). Oh well; he's not quite crawling yet, so walking is a long way off!
Posted by Megs at 9:01 AM 3 comments:

Carrots in my carpet 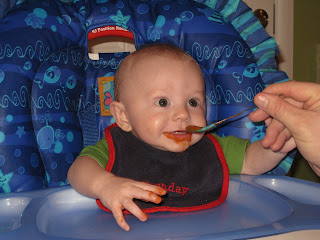 Mason ate food for the first time yesterday (unless you count a little rice cereal, which I don't, since it's colorless and flavorless). Yumm, carrots. I don't remember Bree spitting as much of her food out; but then, he's less interested in food than she is in general. Both of my babies are on the slim side, and Mason's last weigh-in at the doctor's (15.5 lbs) confirmed that he needs to gain some weight. (BTW, he had speedily gained 2-3 pounds in prep for that appointment, because I already knew that he was too skinny, and had been scooping formula into his breastmilk--2X the nutrition per bottle!) Anyway, he's not too thrilled about carrots, eventually they end up in his tummy. But spit-up carrots are even more disgusting than spit-up milk--especially when they end up on my carpet .
Posted by Megs at 4:41 PM 4 comments:

I finished Breaking Dawn yesterday (amazing!--see review), and I am a little depressed that the Twilight saga has come to an end. I know it is so silly of me, but the same thing happened after I finished the final Harry Potter book, and after watching 'Return of the King'. Happy endings, yes. But I'm always sorry to see a great series end. Oh well...at least I have the Twilight movie to look forward too!
Posted by Megs at 4:35 PM 3 comments: