Bree will be starting first grade at home in August, and we've switched to Arizona Virtual Academy, which uses the K-12 curriculum. Bree has participated in a few live online classes, and after today's lesson on dinosaurs, she was given a dinorama assignment. 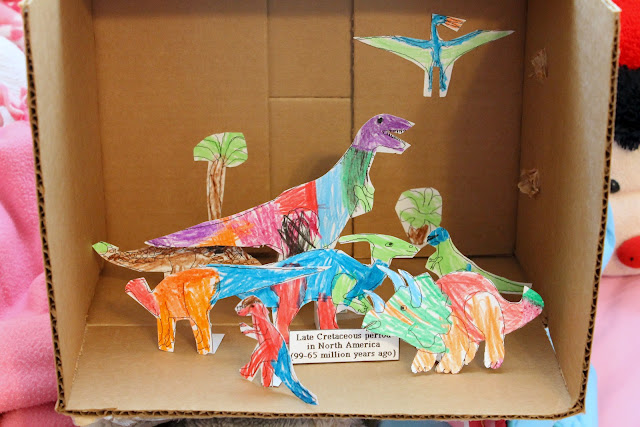 She pretty much thinks it's the coolest thing ever, and is asking to keep it until she's seven. 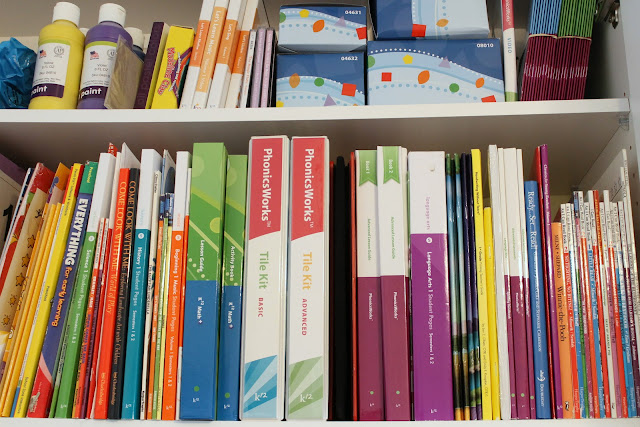 She's especially excited for science class, after seeing the goggles, scale, and graduated cylinder. And, let's be honest, I was pretty geeked out opening all those school books and manipulatives. I do love me some school supplies.
Posted by Megs at 2:25 PM 4 comments:

My beloved friend Mackenzie, whom I've known since the 6th grade, just got married. Had I ever met the guy? Or heard of him? Or known that she was dating at all? No. But when I got a text with a picture of her showing off her ring, I immediately texted back, "Just tell me when and where. I'm there."


So I flew to Salt Lake City, rented a car, and checked into a hotel (all by myself, which I was weirdly nervous about, but which was, for obvious reasons, very liberating and exciting), then headed to Gepettos' restaurant with Cari to meet up with the bachelorette party crowd. It was so much fun to see Mackenzie again, and to see long-time friends after years of separation. 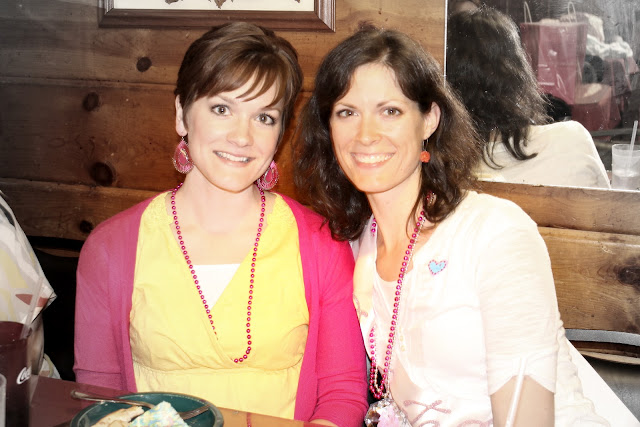 We had Cold Stone ice cream cake (um, chocolate-peanut butter: delicious!), flashing party accessories, and lingerie that all fell into the guidelines of Mackenzie's ANTI-red-and-black-lace-bustier point of view. 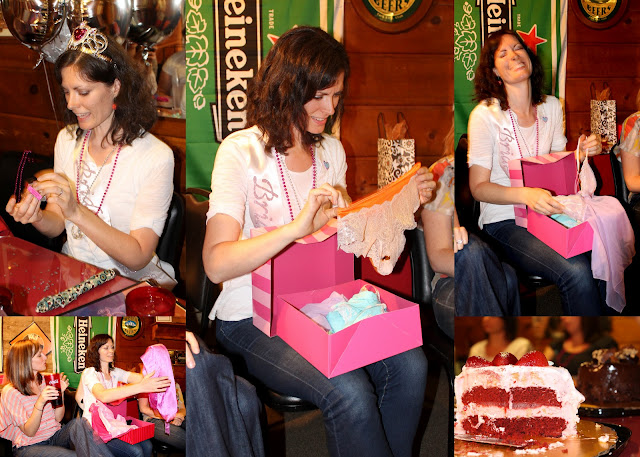 Then Ralph (the fiance) showed up as we were leaving, with balloons and a bouquet for Mackenzie, which gave us all a chance to meet him and see them together before the wedding. So adorable. 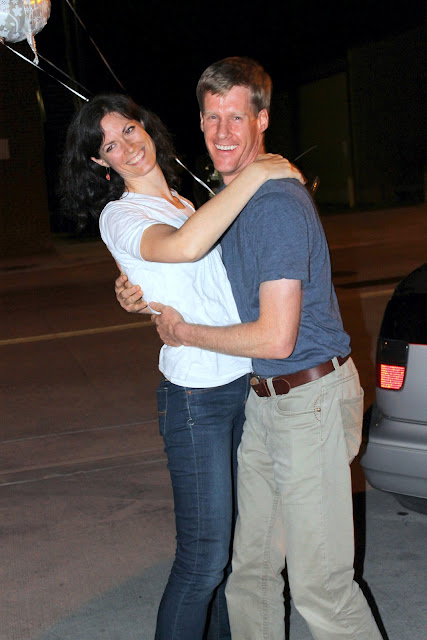 We wrapped up the evening at Mackenzie's apartment, talking about important post-wedding matters, until Mackenzie, ever the practical one, told us that she was kicking us out, because she needed her sleep. 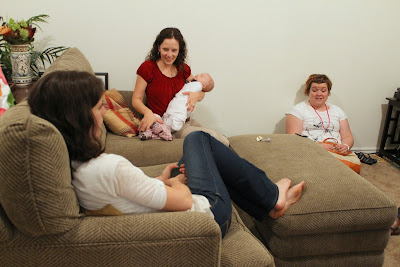 Tina (and baby James) and I shared a room at the Crystal Inn, and after sleeping in the next morning, we spent the day lounging and talking. I love Tina. We have been friends since sixth grade when we met at church. We were roommates for several years of EFY when we were teenagers. And we've always been close. But since becoming adults, wives, and mothers, we haven't had much time together. So I relished bonding with Tina this weekend. 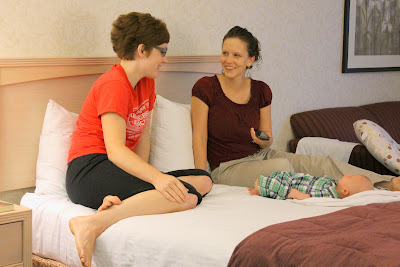 We talked about our families, caught up on missed years, and discussed everything from the meaning of life, to our favorite Food Network shows, and everything in between. It's no secret that Tina was always considered the "blonde" of our group growing up. And yes, she still forgets what she's talking about mid-way through a sentence. But when she does finish her thought, it is always something worth saying. She has turned into an amazingly intelligent woman, with so much insight to offer, and those hours I spent with her were priceless. 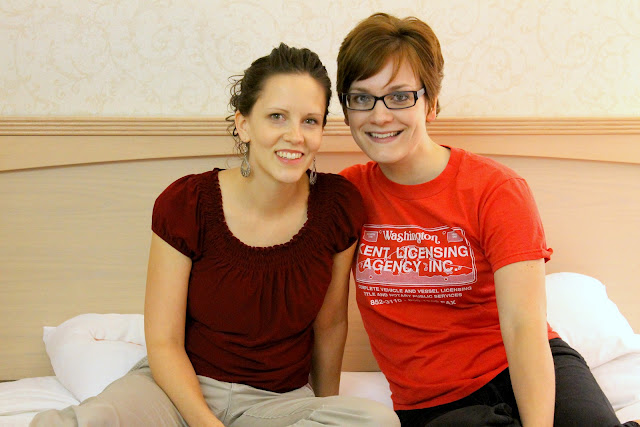 Then of course, the main event: Mackenzie's wedding! She was such a beautiful, elegant bride, and she was so happy. I am thrilled for this deserving friend of mine to have found a great guy, and am excited to think of the journey she's starting on. It's the end of an era, of sorts. The last of our girlfriends to marry, and in the temple. 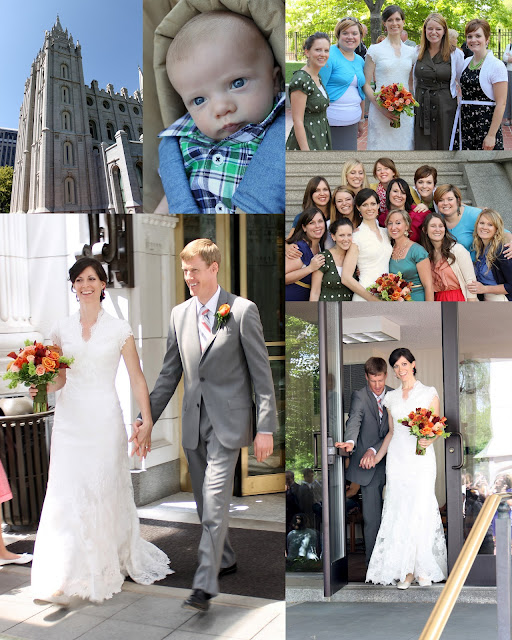 After taking pictures, having luncheon in the Joseph Smith Memorial Building, and sneaking the honeymoon gift basket into Mackenzie's car, we said our final goodbyes. Congratulations my beautiful friend. It's going to be great.
Posted by Megs at 5:23 PM 2 comments:


June's schedule gave us an opportunity to spent a fun-filled weekend with Chad's parents. We met them at the Phoenix Zoo, and enjoyed the morning's relatively cool weather while we checked out the Komodo Dragons, Orangutans and took the tram tour. And we couldn't miss Chad's beloved reptiles. 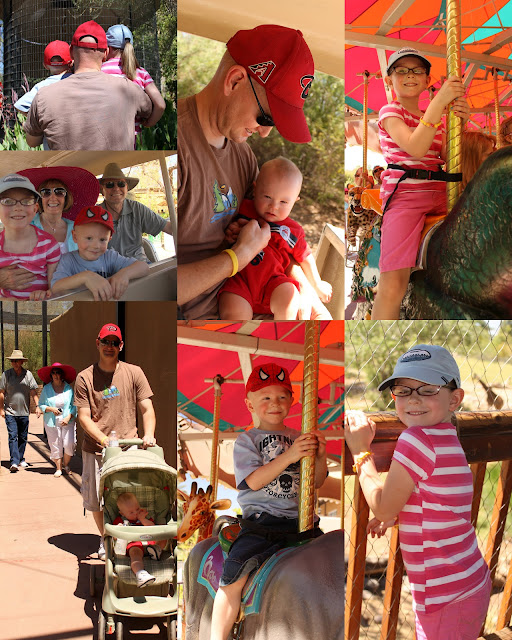 After the zoo, we stopped for lunch at SteakenBurger, which Chad had heard about on NPR. While the burgers were yummy, we all agreed that they needed more meat to warrant the price and the name "SteakenBurger." But the fries were delicious. Then we checked into our room at the Pointe Hilton Tapatio Cliffs, and headed to the big pool area. Chad played with Bree and Mason, who were beside themselves with excitement, while Fran and I relaxed with Lincoln on the lounge chairs. Bree took her floatie off after a while, and Chad helped her work on her swimming skills. And she really wanted to go on the water slide tunnel, even after I explained that she would have to swim by herself after she came out the bottom. I went down first so I'd be waiting for her, and it was dark, and fast, and scary. I heard her screaming as she came down, and I had to rescue her because she was struggling to swim to the side of the pool. But she was sure proud of herself for doing it on her own. She wanted to go down again, but the line was long, and we had to head back to the room to get cleaned up for our next adventure. Baseball time! We were off to Chase Field to see the Diamondbacks play. 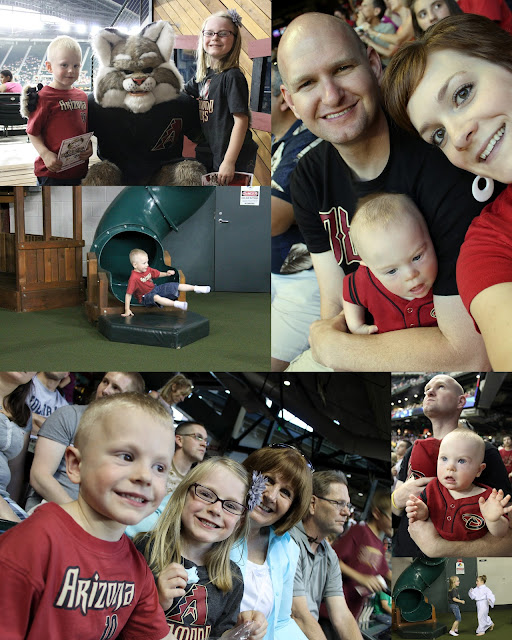 It was the kids' first baseball game (unless you count when Bree was a baby), and they barely made it through the fifth inning. They only lasted that long because it was Star Wars night (our kids are slightly obsessed), and because we were just a quick elevator ride away from the kids zone, where the kids burned some time and energy playing on the big toy (Bree made fast friends with a mini Princess Leia). Then we met the mascot, Baxter, and got a quick pic with a storm trooper on the way back to our seats. 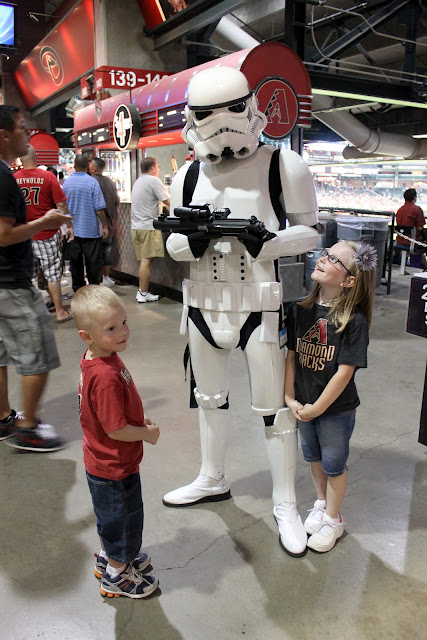 Bree was obviously in love and was on the verge of cuddling with the guy. Um, can she get any closer? Mason was a little intimidated. I couldn't get him to turn his back on the storm trooper to face me. He's no fool. He knows who the storm troopers work for.


After stuffing ourselves with delicious treats (Chase Field has an amazing food selection), we drove back to the hotel, exhausted from the our exciting jam-packed Saturday, and fell right to sleep. In the morning we wrapped up our visit with a delicious breakfast at one of the on-site restaurants. The weekend went by so quickly, and we had crammed as much fun into it as possible. And all that fun made for great memories.

This goal was the main motivating force behind our family photo shoot a few weeks ago. That, and the fact that my walls were sporting family pictures from two years ago. I love how the new pictures turned out. And they sure look great on my walls. 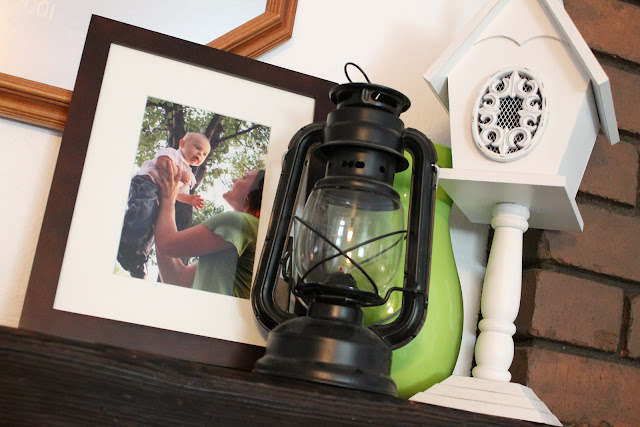 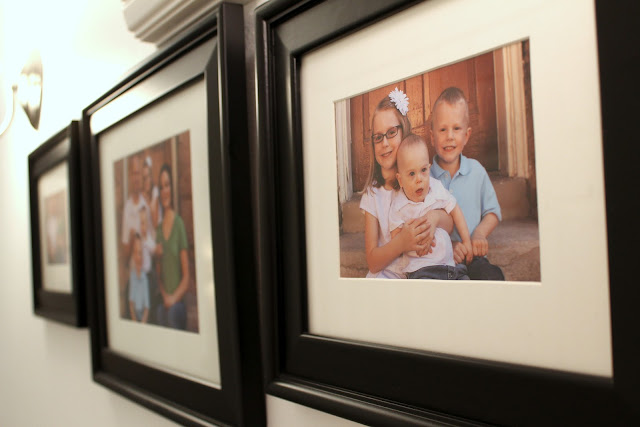