At age five, Mason is all about three things: LEGOs, XBox, and being insanely, um, active. He can't sit still for too long without flailing his limbs at random, or shouting out "blaaa!" or some other such nonsense. But he can sit for hours playing with his legos, and he enjoys doing school-work and is learning to write letters and numbers. And he has a very large vocabulary, which is impressive as long as he's not mumbling or ta-a-ki-ing brea-eaths in the middle of his words. He just has so much energy!

My parents had plans to be in the valley on his birthday, so they offered to take us all (Adam and Heather too) to Chuck E Cheese for a party. The kids had a blast playing games and winning tickets (they'd never been before). Mason tried his hand at skee-ball...yikes.

In the end, Mason mostly just climbed around in the big toy while Bree played games to earn tickets. We got the party package with the special crown and special attention from the mouse himself. Mason was either overwhelmed or underwhelmed with all the attention...it was difficult to tell from his blank expression. I kept having to remind him to smile. 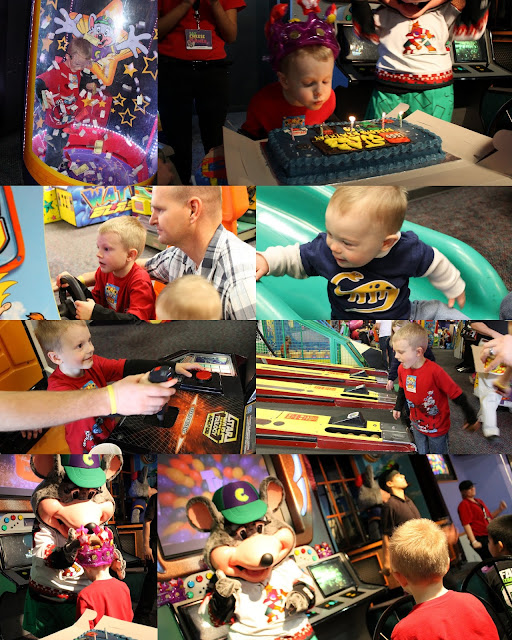 Happy Birthday Mason! Five is going to be great! 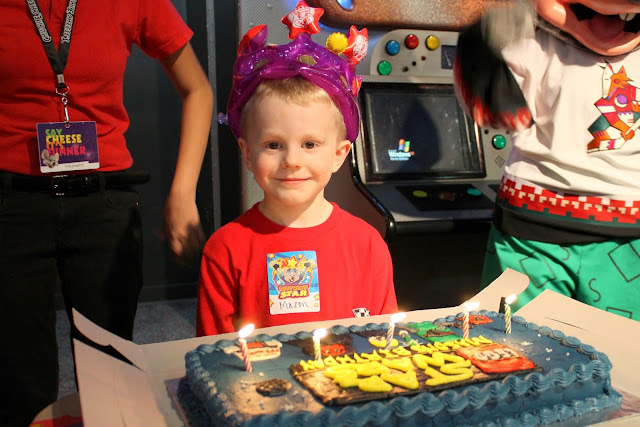 Email ThisBlogThis!Share to TwitterShare to FacebookShare to Pinterest
Labels: Growing Up, Holidays